March 9, 2011
Think back to my Challenges post, where I said I would attempt to draw something everyday for 30 days. Well, scratch that. I can’t draw, and the prospect of doing that is actually very unappealing. So instead, I’ve decided to try and write at least one poem everyday, for as long as I can. Much more reasonable, although their quality is highly questionable.
So far it’s been going well. I started yesterday, because I like to start things either on Sundays or Mondays. I won’t post every poem I write but I’ve decided that I will probably post some from the week on Tuesdays.
The first one is a sonnet, because I haven’t written one since gr. 11 English. I’m pretty sure it follows the rules, but is not to strict with the iambic pentameter. It is based on my Me to We trip to Kenya, a year ago tomorrow (post to come!). Salabwek is the name of the community we stayed in. 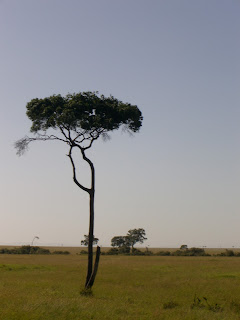 A soft orange sun rises on the plains.

The rooster awakens with the new dawn.
Mosquitoes on my arms bring me new pains,
While scars across my body are drawn.
But the scars do not last long, for today
The skies are filled with a healing power.
By Mother Nature’s will I must obey
As the rain becomes my natural shower.
In the fields afar I hear a child
Singing a song of welcome to the air.
Jambo Bwana to this land so wild.
He sings: What is mine is ours to share.
I find myself so far away from home,
But embracing this land, to me unknown.
The second one was written today and was inspired by a line in The Gospel According to Peanuts, a book I am currently reading. The line is taken from Time Magazine: “Man now rejoices, said Time, ‘ that, to some extent, he has been freed from the fear of hell-fire, not realizing that he has instead been condemned to the fear of nothingness.'” Deep stuff.
What I Fear…
I fear for what the world will become.
I fear that which we have created will become that which leads to our own demise.
I fear that our belief in the tangible will destroy the unknown.
I fear that our civilization will result in nothing but a blip on the timeline of the universe.
I fear that the world will not explode, but whimper to its death.
I fear the vacuum of space, which will draw the last bit of breath from our lungs.
I do not fear Hell, but rather the vast emptiness of nothing to which we are all doomed.
♥ Turtles

p.s. Instead of saying handsome or beautiful, why not try “facially gifted”  it’s random 🙂