March 11, 2011January 27, 2016
More journal entries and photos 🙂
March 13th
…We went to the tree nursery, which was not what I had in mind but fun none the less. There were little saplings everywhere, of different types of trees and flowers arranged in boxes. … Two guys talked to us about how trees were the 5th FTC pillar, not frequently mentioned but important: the environment. He told us about how every school has an environmental club and each child is provided with 3 saplings to care for. Each group has 40 members, 20 boys, 20 girls. All the saplings are planted in biodegradable milk cartons, which are donated for free by a company. 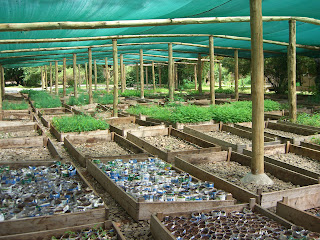 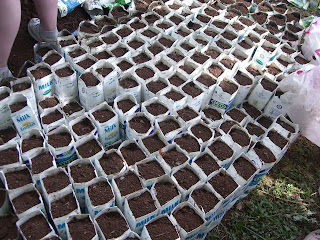 March 14th
SAFARI DAY!!
So basically we woke up @ 3:30 am to go on the safari because it’s such a long ways away. … the ride was probably around 3-4 hours. … The safari was on the Masai Mara Reserve, where a lot of Masai people live. … The view on the ride to the gate was amazing. So many mountains, green and luscious, apparently “hills”. We saw many gazelles, zebras and other animals before we were even entered the actual safari part. … Just outside the gate, we saw two lions. We, along with a few other lorries and safari trucks, crowded around, apparently making the lions nervous. When we entered the gate I had to go to the washroom and basically the toilet was a hole in the ground. … where you have to squat and aim. Not to pleasant, but when you gotta go, you gotta go. 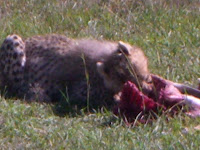 The safari it self was amazing! Soooo many animals and unique things you would not normally got to see. … The animals we saw were: zebras, elephants, tikis, lions, giraffes, jackals, hyenas, gazelles, cheetahs, baboons, hippos, a crocodile, warthogs and antelope. 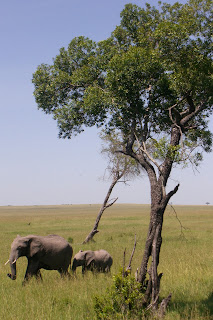 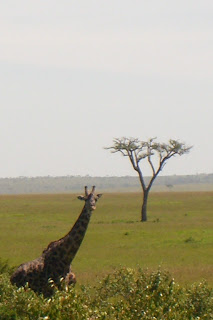 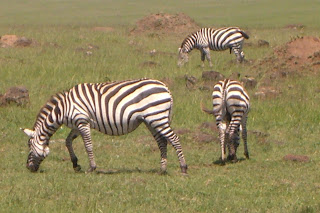 … It had started to rain a while back and we were taking the drive kinda slow. We were on the major (or rather only) road to Salabwek when our lorry got stuck in the mud and two wheels were in the air on one side. [Note: the roads are dirt roads, so when it rains, it becomes mud]. It was really scary when we were actually in the truck cuz everyone was leaning and sliding to one side. We got out and stood in the pouring rain, … and walked for 45 mins to Salabwek, which we could see in the distance. … It was a totally new experience getting soaked to the bone, walking up and down hills, beside maize crops, along side the locals, who came prepared for the weather with umbrellas and raincoats. It was so refreshing, supporting each other as we slipped in the mud and enjoying the beautiful view and scenery at the same time.
♥ Turtles
p.s. Beauty is in the eye of﻿ the beholder and it may be necessary from time to time to give a stupid or misinformed beholder a black eye. – Miss Piggy.