I started the day by going to the Globe Theatre, a replica theatre of where Shakespeare wrote and staged some of his plays. But as I was walking there I came across a food market that seemed pretty freaking awesome, and  it was. I had half of a homemade brownie for breakfast as well as a beef empanada. The theatre itself was cool, I just wish I had a better knowledge of Shakespeare. On the spot New Year’s Resolution: Re-read A Midsummer Night’s Dream and read Othello or something. 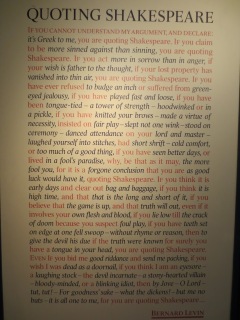 I walked back towards the London Bridge from the globe theatre. I was going to visit the London Bridge Experience/Dungeons but I just was NOT feeling it that day, plus the people behind me were soooooo annoying. I did walk across the bridge though while eating a salt beef hamburger with sweet red onion relish and sautéd onions that I got on a return trip to the food market. It’s not an exciting bridge but was an exciting burger. 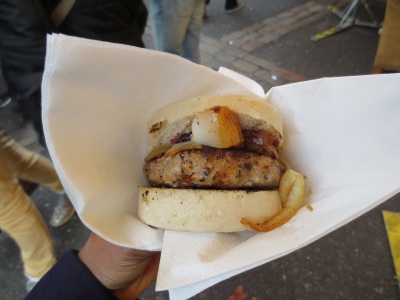 After basically wondering around on the tube doing nothing, changing my mind about where to go every stop, I ended up going to The Monument. It is a tall tower that commemorates the great Fire of London. But after that I had no need really to go on the London Eye, not that I intended to anyways. The view was amazing and I got there just around sunset, so even more beautiful with reds and purples in the sky. I also gained a real appreciation for people who walk up the CN Tower. I didn’t even walk up  half the height of the CN Tower and I felt like keeling over when at the top. New Year’s Resolution Numero Dos: Do some freaking exercise! 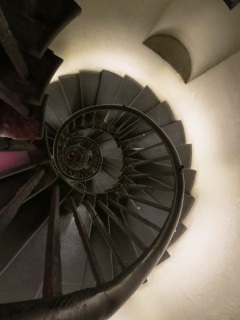 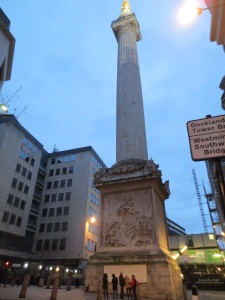 Then I went back to my roots – shopping. Yea I went back to Oxford Street with the excuse of buying my mom a sweater…I ended up getting settling for some pyjama dress thing for her and a pair of pants for me, some jewelry and more socks. Then I headed over to H&M where I picked up another pair of jeans and a necklace and lastly to Top Shop where I bought my third pair of pants…I love pants?? 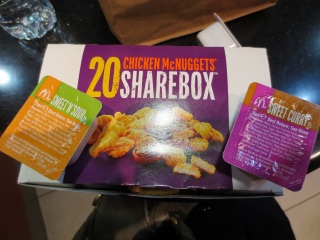 I think this was New Year’s Day but I really don’t remember. I spent my New Years by myself in front of the TV because my aunt and cousin were asleep and my uncle went out. I did watch a part one of a good documentary about the British Music Invasion before I went to sleep. Happy New Years!
Side note: earlier that day, I went into a McDonald’s and saw they sold 20 chicken nuggets in one box! They are promoted as a share-box and I did share them – between me, myself and I.

The next day I chilled a bit in the morning, had a sword fight with my 7 3/4 year old cousin and watched some children’s TV before I went back to the V&A, this time with my aunt. We went to see the special Hollywood Costumes exhibit they had on. It was fascinating to see so many different costumes from famous movies like My Fair Lady, Spiderman, The Dark Night, Kill Bill, Gone With the Wind, the Wizard of Oz, and that movie where Marilyn Monroe wears that white dress that blows up when she stands over the grater. The amount of effort and detail that is put into these things is baffling but appreciated.

I spent the rest of the day hanging out with various family members and then my aunt bought me fish and chips when she learned I hadn’t had any since being in London. How un-British of me. That night at my aunt’s house my cousin and I watched the movie Anuvahood (trailer here) as he was trying to culture me in British film since his earlier attempts to show me Carry On…Screaming were unsuccessful. A cool side note, my cousin, who is a singer and designer, had a song in that movie. Pretty nifty, eh? 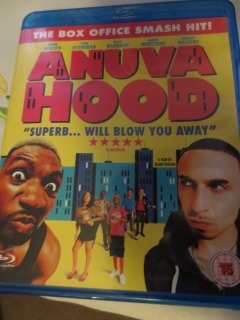 I would write about my sad failed attempts to get back to Salamanca but it makes me angry thinking about it, so here it is in 20 words: wrong terminals in London and Madrid → missed bus → freaking out in bus station → hotel → bus (not express) → home at last.

And that was London.