I suppose I collect postcards. I have this green photo box filled with postcards from places I’ve been and places friends and family have been as well. It kind of just started in high school when I went to France, Switzerland and Italy in Grade 9.  My was a goal to get a postcard from each place we went and I’ve been doing that ever since. The only place I can think that I don’t have a postcard from is Kenya, which is kinda sad but c’est la vie.  There have been various reincarnations of a display wall in the last few places I have lived. I wanted to share some of my favourite ones that I have found (or been given) over the years.

close up of the Mexico Olympics Postcards 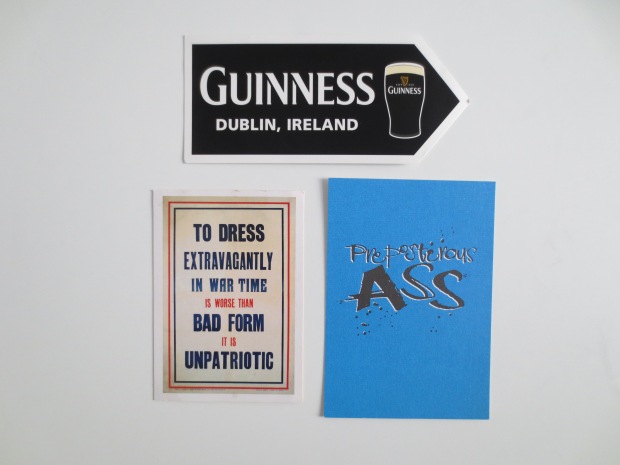 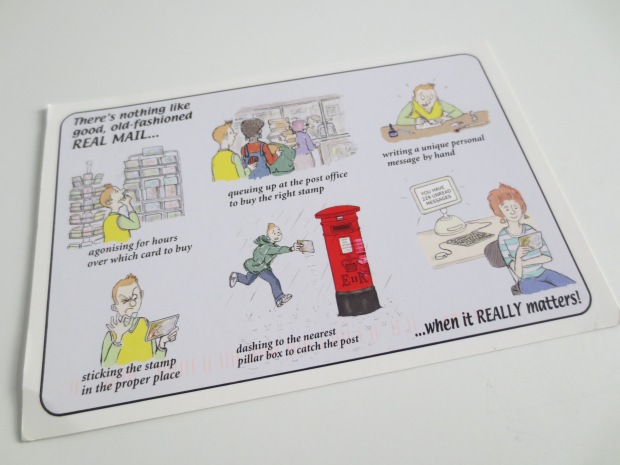 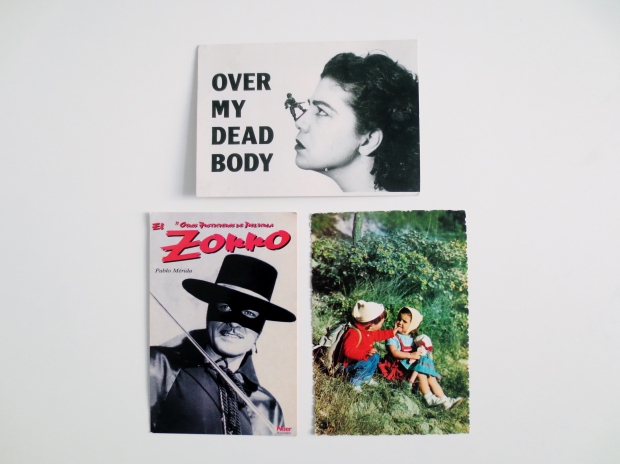 All postcards are vintage, from a Book Fair in Madrid, Spain (2013)

Front of a hand embroidered vintage postcard bought from a book fair in Madrid, Spain (2012). Google translates the last line to: “I am black but beautiful”. Tindari, Sicily is the home of the Sanctuary of the Black Madonna. 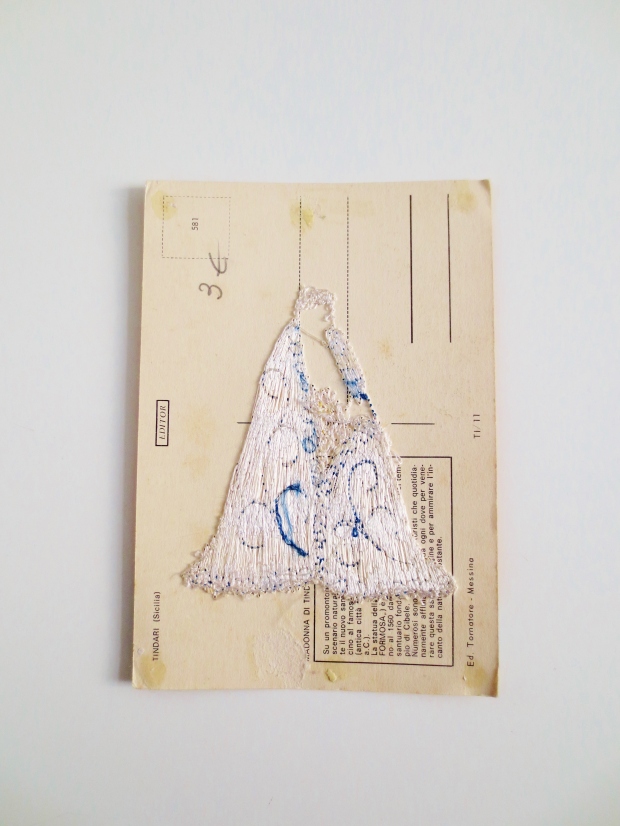 Back of the Tindari postcard.

a still from an old YouTube video showing the card wall on my closet in Spain.